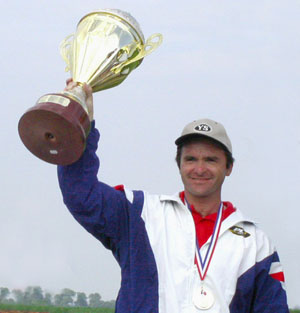 From his first steps in R/C, Quique Somenzini showed an interest in aerobatics and a love for competition. Supported by his family and mentored by his father Mario, a F3A Argentina National Champion, Quique quickly learned to fly and in a matter of months he was competing at his first F3A National Championships in Argentina. From that point (10 years old), he did not stop competing at an international level until 2009 and his passion for the flight continues to ignite and guide his life.

His biggest accomplishments in competition are: 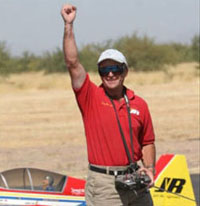 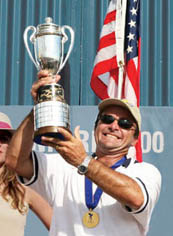 Quique has won several other International Competitions and has competed in many more!
His passion for flying and designing is what made Quique different from many others and successful in his field. Innovation, creativity, and passion, together with natural flying skills, were the ingredients that made him a leader in the world of international aerobatics competition. This is why Quique was able to show the world for the first time, 3D aerobatics at the 1994 TOC.

Quique was born in Rio Cuarto, Cordoba, Argentina and resided there until 1999. He moved to Chile, married his wife Sandra and they decided to move to the USA (2001). Once in the USA Quique joined JR/Horizon Hobby™ as a Team Member and represented them in international competitions, airshows, trade shows, hobby shops, etc. Somewhat later, Quique and his friend Wayne Ulery founded Quique’s Aircraft Company. They manufactured ARF airplane kits successfully until 2009 when Quique decided to take a full time position at Horizon Hobby’s product development headquarters in his new role as Director of New Category Aircraft.

In September 2013 Quique decided to leave Horizon Hobby to “start something”….later the idea matured and he co-founded Flex Innovations with David.

His highlighted accomplishments designing/developing are:

His most popular designs and developed airplanes are:

Cooperated with Kevin Kimball at Jim Kimball Enterprises in the design of the full scale aerobatic Model 12® Beast™.

Today Quique resides in Venice, Florida with his wife Sandra and their three sons Luciano, Sebastian and Nicolas. He is very happy to be part of Flex Innovations Inc. as co-owner. He is ready and very excited to use his extensive experience and skills to bring the market innovative and revolutionary products. “I am very proud to be part of one, if not the most experienced and innovative teams in the industry. I am very excited to offer our customers: my experience, my skill and my energy, to be reflected through our products, our service and our company”.