Following in his father’s footsteps, David obtained a degree in Electrical Engineering. The coursework at the University of Central Florida also included many classes in CAD and Mechanical Engineering, and he was also active in the AIAA Aero Club. 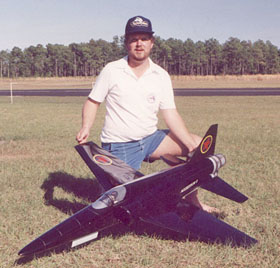 While attending UCF, a friend told him that Bob Violett was looking for young people to work at his small but growing business. This lead to his first RC industry job and opened the way to the industry as a whole. Soon David went from designing, building, and flying simple .25 sized sport models, to state-of-the-art finely finished Ducted-Fan Jets. Being surrounded by some of the world’s best builders and fliers provided a great opportunity to learn and grow. Traveling around the country selling and demonstrating products offered new exposure and perspective. Back in the office, he worked on a broad area of processes including CAD, metal working, injection molding, pattern and mold making, model making, etc.

Upon graduating, David looked at opportunities in Aerospace and related industries, but the recession of 1990 made engineers plentiful, and entry level jobs in those industries extremely rare. Contacts from the RC industry connected Great Planes/Hobbico with David, and soon he was working in Champaign, IL primarily as an aircraft designer for the newly acquired Top Flite brand. Over four and one half years, David designed Top Flite Gold Edition kits, Great Planes kits and ARF’s, and a wide range of metal and injection molded accessories.

Hasbro toys contacted David as they were looking for engineers to work on their Vehicles Team engineering RC, injection molded and die-cast vehicles. 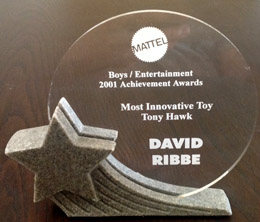 The position offered a great opportunity to dive deeper into higher volumes, 3D (Pro Engineer) CAD design, and Asian sourcing and manufacturing. Hasbro had a great team of engineers and a world-class model shop with many talented individuals in Cincinnati, Ohio. While at Hasbro David engineered on many noteworthy toys including XRC Crashback and Skydriver, and NASCAR die-cast product for the Winners Circle Brand. He remained active in the RC hobby and designed and tooled what became the Top Gun, Scale Masters, and Jet World Masters winning BVM MiG 15. After nearly 3 years, it was becoming obvious that Hasbro was going to close the facility and move select resources to Rhode Island. 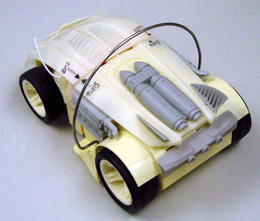 About that time a call came in from a representative of Mattel toys who was looking for senior engineers for their Tyco RC Team they were rebuilding to do more in-house engineering. David took the position and moved to southern New Jersey. David lead the design teams on products such as family fun “Toy of the Year” Tony Hawk RC Skateboarder, and Whiplash. Along the way he took the role of Senior Engineering Manager leading the team there. He stayed active in design engineering, CAD, and spent much time in Asia as a ‘debug’ specialist. While in New Jersey, he met his wife, Monica, and enjoyed outdoor activities while remaining active in the RC Hobby.

While quite content at Mattel, David was contacted by a previous mentor that had joined Horizon Hobby to continue building up their product team. After much discussion, David joined Horizon as Director of HobbyZone developing entry level RC Hobby products with a small team. As the years progressed, his role expanded to Vice President of Electric Aircraft, then Vice President of the entire Aircraft Category (Aircraft, Heli’s, Engines, OEM Electronics, etc). 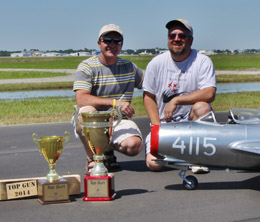 Product brands such as Parkzone and Blade were created, and brands including HobbyZone, E-flite, Hangar 9, and Evolution were managed with a team of over 20 engineers and developers. Many industry leading concepts were developed including Bind N Fly™ (patented), convenient great performing aircraft for pilots who knew how to fly (ParkZone and Blade), and new technologies such as SAFE™.

David remained active in the RC hobby and developed, tooled, and built a new much larger turbine MiG 15 over 6 years. It had a strong debut at the 2013 JWM in Switzerland and won the title of Mr. Top Gun (Top Gun Masters Class win, Master High Static, over all Top Gun win) in its first US contest appearance.

After a period of amazing growth in 11 years at Horizon Hobby, it was time to do something more grass-roots, more entrepreneurial. David left Horizon in 2013 and has now joined with Quique to form Flex Innovations Inc, with associated product brands. David and his wife currently reside in Venice, Florida which brings him back closer to family, and allows for year-round testing of products!